Translated and Edited by Kevin Ready

The Saint Gaudens Modern English Version of the Holy Koran is translated from the original Arabic into modern English. It avoids the use of archaic linguistic style and conveys the original meaning in language easily understood by the modern reader of English. This volume is meant to help the general reader to understand the importance of Islam in the modern world and to assist students to understand the nuances of the Koranic verse.

The purpose of this work is to provide the English speaking reader with an easily readable version of the Koran. It is curious that most previous English translations of the Koran adopt a linguistic affectation of the King James Version of the Christian Bible in an attempt to give their edition an affectation of religious or biblical flavor. The archaic sixteenth-century English of King James does a disservice to the Classical Arabic original Koran when read by a modern reader. Other available versions of the Koran in English carry a stilted, imprecise English more appropriate for a Bollywood movie.The words of the Prophet Mohammed and his God should not be in the stilted voice of a Shakespearean era Anglican cleric or an inarticulate English voice. The unnecessarily confusing language of most Koranic translations leads to misunderstanding of basic concepts and difficulty in study by modern English readers. Just as modern, revised English versions of the Christian Bible have become a standard for Bible study, it was felt that a more modern version of the Koran would serve Western readers. One thing we have kept from the archaic biblical English format is the capitalization of pronouns referring to God. It seems to give clarity to many passages when the deity is speaking of himself, especially in the Arabic translation, where pronouns are highly repetitive. We also use the first person plural "We" when the deity speaks of himself, since the original Arabic clearly has God speaking of himself in the plural pronoun and verb form. While it remains a tenet of the Muslim faith that study of the Koran should be in the classic Arabic, the reality is that many would-be readers of the Koran have no knowledge of Arabic and little grasp of King James’ vernacular and, thus, the need for this work. 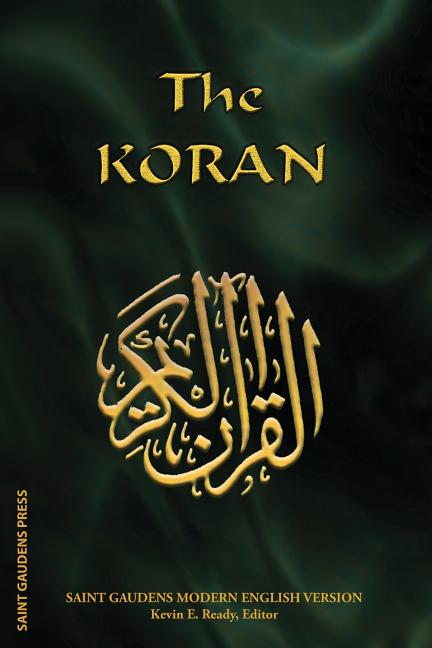