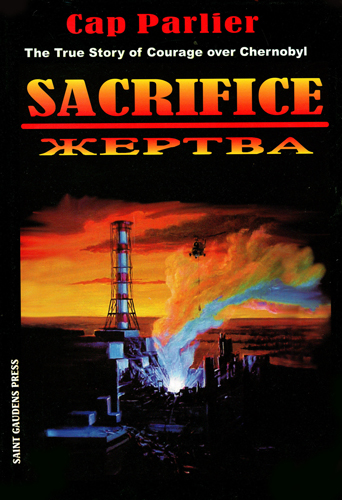 THE TRUE STORY OF COURAGE OVER CHERNOBYL

Hero of the Soviet Union Gourgen Karapetyan and Gromov Experimental Test Pilot Anatoly Grishchenko flew into Hell over Chernobyl to save the Motherland and the World. Anatoly developed a radiation-induced, life-threatening, blood disorder. As the Soviet Union opened to interaction with the West, Gougen sought the assistance of a colleague in flight, Cap Parlier, to obtain a potential curative treatment for Anatoly in Seattle, Washington. This is their story.

In the early morning hours of 26.April.1986, the nuclear reactor at the Chernobyl Power Station Unit no.4 exploded and became the worst industrial accident in history. Firefighters, technicians, medical staff and operators paid the dreadful price for losing control of the nuclear fire. An entire Soviet Frontal Aviation regiment of helicopters delivered tons of moderator on the exposed fuel core of the reactor to stop further spread of radiation. This is the true story of two friends, who piloted a critical mission to close out the reactor sarcophagus – one recovered from radiation poisoning, the other did not. They reached out to an American experimental test pilot for his assistance in obtaining life-saving medical treatment in the United States.